Forza to Get a Colorful Translucent Controller for Xbox Series X

News from The Verge indicates that Forza is to Get a Colorful Translucent Controller for Xbox Series X.  This amazing new custom controller was revealed by Microsoft. Apparently, this controller was made to celebrate Forza Horizon 5 during its Gamescom 2021 Xbox Stream. While most part of the controller is a translucent yellow, it also features other colors such as pink and blue. 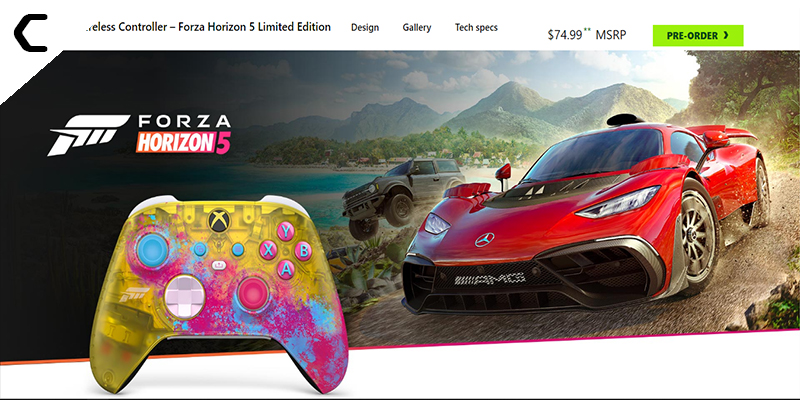 The new custom controller for Forza was definitely created to be classic as it was designed with paint splotches splashed across the front. Furthermore, the controller features pink buttons with blue letters with blue and pink control sticks (analogs). Luckily for you, the controller has black grips that look like a rubberized texture. The black grips in question will differ from the bumpier texture used on other Xbox Series X controllers.

Forza to Get a Colorful Translucent Controller for Xbox Series X

In the past, Microsoft has released quite a number of controller colors including a dazzling blue, a neon green, and a bright red. They even released a controller-themed after Space Jam: A New Legacy. Also, if none of the controller color options is your style, you can design your own custom controller with the new Xbox Design Lab.

Where Can I Get this New Controller?

Note: With the release of this new controller, Microsoft also shared a thriller showing the first eight minutes of Forza Horizon 5.

With the conclusion of this article Forza to Get a Colorful Translucent Controller for Xbox Series X, we hope you are satisfied.

Check out Which University of California is Easiest to Get Into?

- Advertisement -
Previous articleWhich University of California is Easiest to Get Into? The Complete Review 2021
Next articleEuropes Summer Flood Worsen Due to Climate Change

Ghost of Tsushima get new Twilight and Ashes map